Rhodar was appointed as Principal Contractor by Together Housing Group for the strip-out and demolition of three, eighteen-storey high-rise tower blocks, nine garages and the Stannary Road Council Depot.

Located in the centre of Halifax and surrounded by multiple residential and commercial establishments, the three tower blocks had been left unoccupied for the past thirteen years. As part of a regeneration scheme in this area, the three towers, Cobden Court, Blenheim Court and Westbrook Court, were demolished to make way for new affordable housing.

A pile mat was constructed to ensure the 54m high reach excavator could safely reach the top of the towers. A compaction test was completed on the pile mat to confirm that the ground could support the excavator. The excavator was then manoeuvred into place and demolition commenced on the first tower

To view a timelapse video of this demolition sequence click here 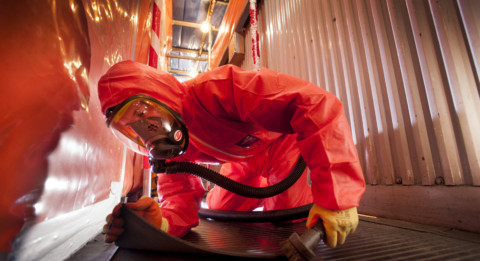 Over the years we’ve developed our infrastructure to support all sizes of projects in a wide range of sectors; from small but vital projects to multi-million pound contracts in challenging environments. We are equipped to manage […] 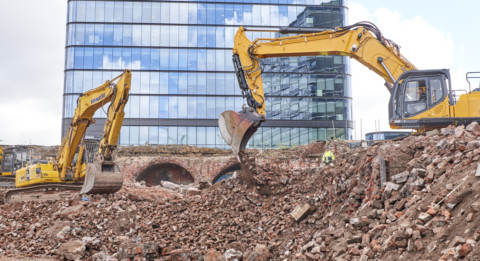 Rhodar’s specialist Demolition Division has a proven track record, gained over 40 years. We work within a range of industries, from pharmaceutical, petrochemical and nuclear, to education, health and commercial, including grade I and II listed […] 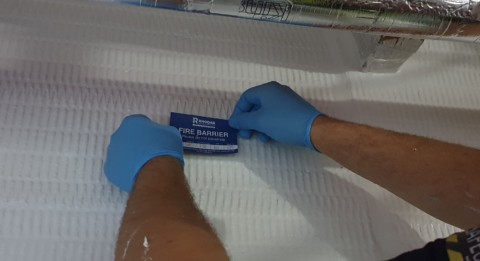 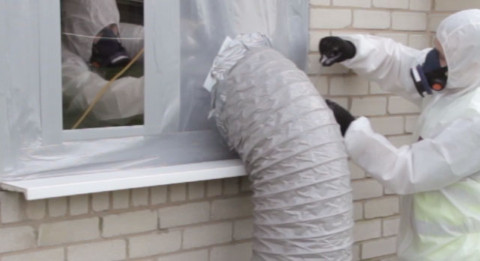 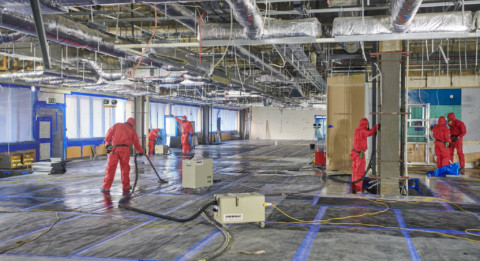 Rhodar often acts in the role of Principal Contractor (PC) with overall control over a project involving our core asbestos, demolition, remediation disciplines and other sub-contractor trades. Appointed by the client (in line with CDM 2015) […]